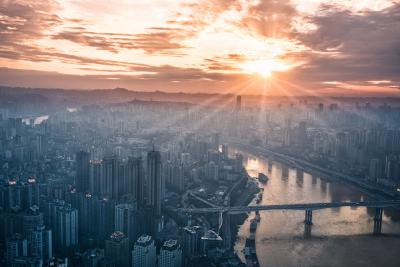 The use of Living Labs in Smart Cities are more and more common throughout their overall city strategy. It illustrates the use of bottom-up approaches, involving citizens to a much larger extent than can be seen with top-down approaches, which generally do not involve citizens at all.

But what does a Living Lab actually mean? How does it affect the citizens living in such a lab and how are ethical and privacy related aspects considered? In this article, we look into examples of Living Labs and touch upon some of the issues related to privacy and ethics when talking about Living Labs.

A Living Lab can be defined in several different ways, each with their own focus, perspective, roles and governmental structures. It is also often unapologetically interchanged with terms like city labs, testbeds, networks, communities and testbeds1. In the context of Smart Cities however, and for the purposes of this article, we use the definition by the European Network of Living Labs (ENoLL):  “user-centered, open innovation ecosystems based on a systematic user co-creation approach in public–private–people partnerships, integrating research and innovation processes in real life communities and settings”.5

Over the recent years, numerous cities are using Living Labs when constructing new living areas. The purpose of using such a setting is often to develop and experiment with new innovations, and to re-create this ‘utopian city’ (or neighbourhood rather) that theoretically could be the future of society. There are however privacy and ethical aspects to such a setup.

Perhaps one of the most discussed examples of Living Labs is the one by Sidewalk Labs in Toronto, Canada: Quayside (pronounced as “key side”). Sidewalk Labs is owned by Alphabet Inc., the holding company which also owns Google. As winner of the tender set out by the City of Toronto, Sidewalk Labs was chosen to help develop a 12 acre (or approximately 4.9 hectares) area of land, within the larger sea-facing area (also known as The Waterfront) of nearly 2000 acres (or 800 hectares) of land that is currently undergoing construction.2

Very limited information on Quayside project is known, and more is to be revealed over the coming weeks. In general however, the area is focused on sustainability, resilience, affordable housing, transit, building innovation and economic opportunities. Having ‘Google’ associated to this project has triggered numerous debates on the collection of data and ownership thereof. The original Request for Proposal as set out by the City of Toronto does not specify legal bounds in relation to the ownership of data and as of yet, details on the collection and ownership of data are still missing3.

In Helmond, a city in the Netherlands in the southern province Noord-Brabant, a similar Living Lab is being designed. It features a small neighbourhood with houses that have numerous sensors built-in. The data that is being collected varies to the amount of sleeping time, the usage of household devices, the time spent on social media4. Quite literally, data is seen as ‘labour’ and therefore acts as a (partial) compensation for the actual rent that one had to pay. The neighbourhood features innovations such as the generation of sustainable energy, water re-usage, carsharing and automated parking, smart streetlighting and more. Similarly to the Quayside project however, limited information on the collection and ownership of data is known. So far, the presence of an “ethics commission” is announced to be present, to guard the neighbourhoods’ inhabitants for potential hazards.

Would you ever give up your data in return for lower rent? How could cities approach Living Labs while respecting privacy and valuing ethical considerations?
Please share your thoughts here

1. Living labs for innovation and development of information and communication technology: a literature review

3. What Quayside has taught us about smart cities and data governance